What is Security Testing and Why Critically Important? – A Useful Guide - Appzlogic

Home > Posts > What is Security Testing and Why Critically Important? – A Useful Guide

In the technological age, there is a drastic increase in cyber attacks with no surprise that attacks are more sophisticated, and with the increasing dependence on electronic technology, protecting the services and data from cyber-attacks is a challenging issue.

Security testing is a procedure to determine that an information system protects data and maintains the intended functionality.

A security testing services assessment identifies and implements the security controls in applications. It also focuses on preventing and mitigating the count of vulnerabilities.

The Cost of an Information Breach

With the increasing growth in the number of applications, the sophistication and cost of security threats have also increased. 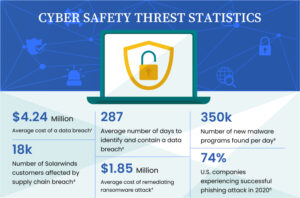 [The statics described here are based on IBM Security analysis of the research data compiled by the Ponemon Institute.]

The entirety of potential and identified cyber threats continues to grow in the volume of attacks that occur frequently and a variety of methods are introduced by cyber attackers.

The cost of a single data breach could cost a company millions of dollars along with a massive amount of downtime time to recover from the breach/attack.

White Box Testing
It is a type of Security testing approach, also known as “Clear Box Testing,” the tester has full knowledge and access to both the source code and software architecture of the Application.

Black Box Testing
It is a type of Security testing approach, there is no information given to the tester about the internal workings of the particular Application, nor about its source code or software architecture.

Grey Box Testing
It is a type of Security testing approach which combines the Black Box and the White Box Test. The Security tester only has partial knowledge of the internal workings of the Applications. 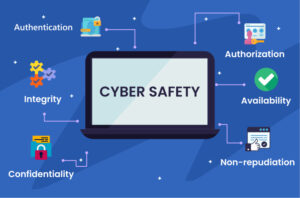 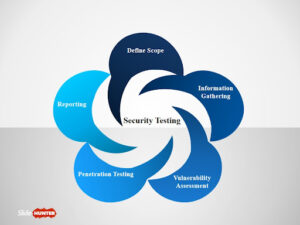 Security testing is a robust process of analyzing security-related weaknesses and flaws in software or application.

Its main objective is to find out how vulnerable a system may be and to determine whether its data, resources, and services are protected from potential cyber-attacks.

Here are some popular penetration testing tools used by security testers for detecting vulnerabilities and simulating cyber attacks. The tools used to defeat the clients’ defenses.

These are some of the same tools and techniques employed by malicious hackers. 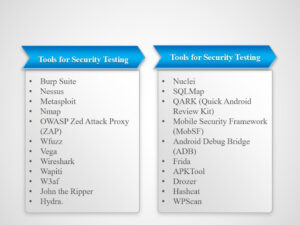 There are many enterprises that often take their cyber security testing services lightly and become victims of cyber attacks. Overlooking basic security measures can put the reputation at stake. The rising rate of cybercrime is never going to stop. As a business owner, you must take all the possible precautions to save your company’s and customers’ data, money, and most importantly reputation.

The Discovery Phase of.

Our HR team will reach out to you shortly